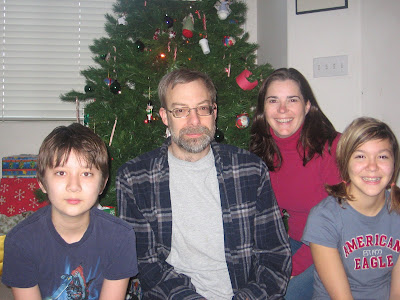 The annual Christmas morning photo! We also took pictures
with the pets, but all three would not cooperate at the same
time so they didn't make the final cut. 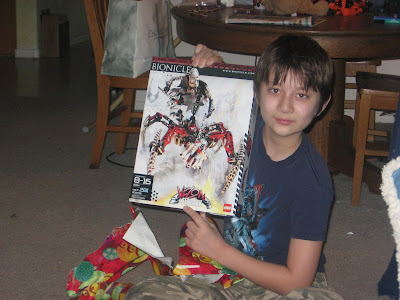 Sam with his favorite toy: Bionicle! 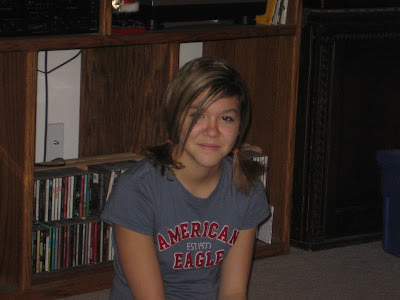 Ana's still not too old to enjoy getting STUFF! 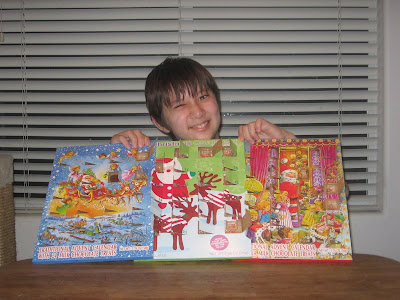 Sam had 3 Advent calendars and made the most of them! 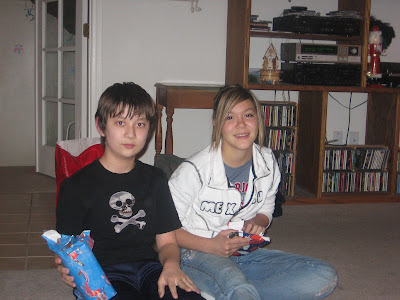 The family tradition from Mike's family is to open one gift
on Christmas Eve. It must be a gift that arrived in the mail. 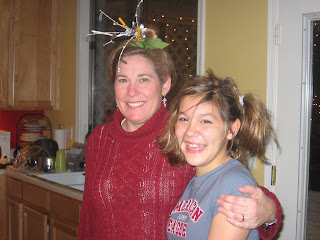 Aunt JoAnn and Ana sporting new hairstyles.
One of many fun challenges from the game Survivor. 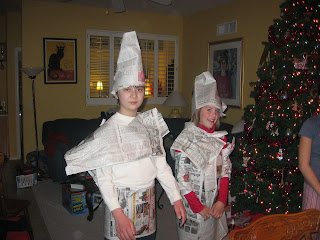 Sam and Delaney in their new "clothes". Again,
created by other tribe members in a Survivor challenge. 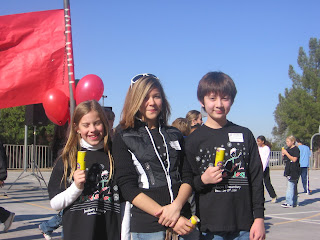 Cousin Delaney (on left) was still in school during
our Christmas vacation so Ana & Sam joined her
at school for her Jingle Jog. It was a 2 mile fun
run (doesn't sound fun to me!) and the kids had
a great time. They were treated to popsicles
after the race. Seems to me hot chocolate would
have been a better choice. It wasn't exactly warm.

This time it's real 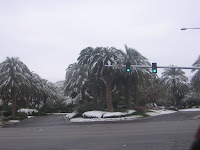 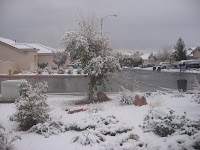 Notice the green light.
I should be going!

My last photo of a palm tree with snow was stolen off the internet. These two photos were taken right outside my house. It snowed overnight and actually hung around until morning for everyone to see.

A friend "stole" this from another blog. An interesting list of life events. Of course, it has taken forever for me to post since I have to comment on everything!

Green is for "been there, done that"
Red is for "cold day in hell" - and I’m really busy that day!
Blue is for "I’d give that a try"