Sunday is individual pictures with the Norris brothers and the fighting competition. 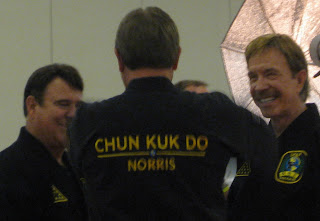 This is the top three people in the organization.
Mr. Ken Gallacher, Mr. Aaron Norris and Mr. Chuck Norris.
This photo was taken not long after I posed with the Norris brothers. 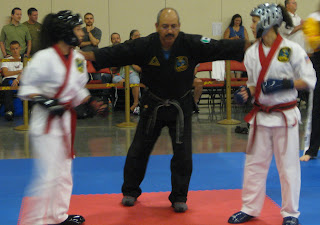 Ana in her fighting competition. She won her division (red belt, female, age 14)

I was judging in another ring while Joe was fighting, so there aren't any pictures.

Saturday involves more classes and the Awards Banquet. We dress up in our pretty clothes, eat a buffet dinner, watch people get awards and end the night with dancing. 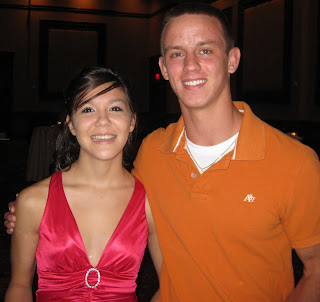 Ana (in the pretty dress) with Kris 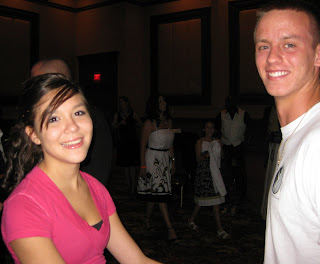 Ana (after she changed to comfortable clothes) with Kris (also changed) 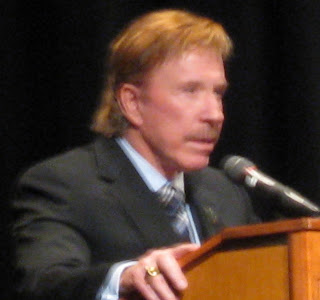 I was up front one table away from Mr. Norris.
I wish I had a better camera.

Friday brought really great classes and the kata competition. I couldn't compete due to a knee injury but Ana and Joe both competed. 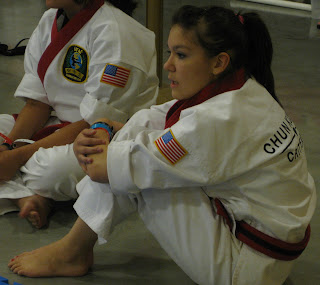 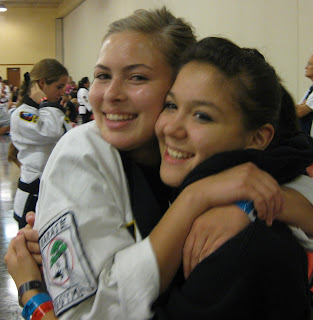 After the competition
Neither one placed in kata. It's a VERY difficult competition.

Winning his division with Bassai 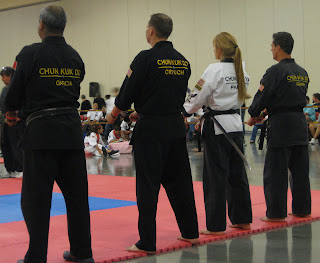 Joe won his division and advanced to the Grand Masters Competition with these other division winners. Only 1st place is awarded and it wasn't awarded to Joe.

Thursday, July 17th, marked the beginning of ITC 2008.
That is the International Training Conference and Chun Kuk Do World Championships. 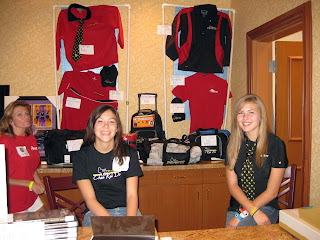 Janis, Ana and Niki working in the UFAF Shop. 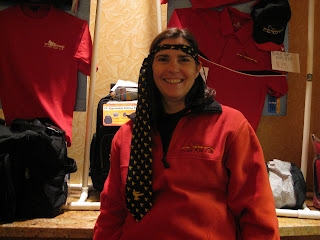 Karen not working so much but going commando, so to speak. 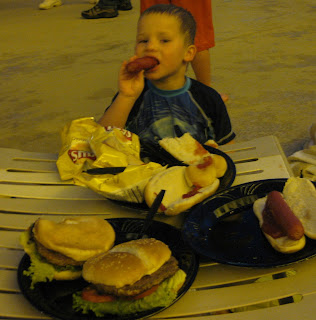 We ended the day with a pool party. I guess he was REALLY hungry!

The name of the studio (or dojo) where I train is called Karate GGYM. It's not that no one can spell. The four founders names are Gallacher, Gemma, York and Matera. The first letter of each name is the acronym GGYM.

I just happened to catch them working out together. 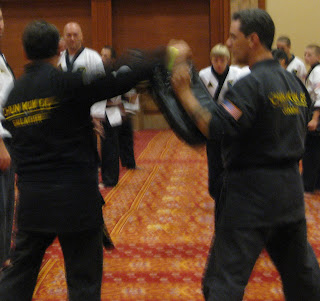 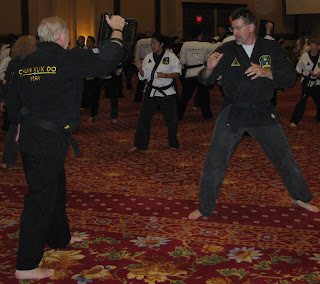 Another busy week for me. Relatives in town and fun activites planned. More to follow. In the meantime, posts of my karate convention to keep you amused are scheduled for the rest of the week.


I can feel the excitement! (and sarcasm doesn't really show up well in print)

Labels: behind the power curve again

Happy Birthday to me 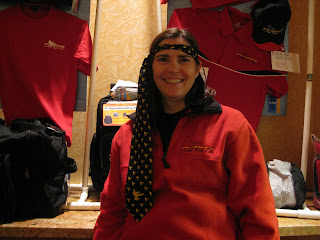 Labels: I'm the baby of the family 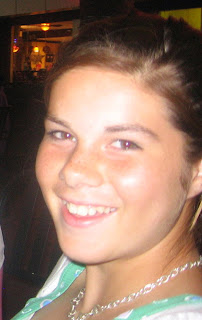 ...starts our annual International Training Conference at the South Point Hotel Casino Spa on the FAR south end of Las Vegas Boulevard (also known as "The Strip"). We will actually be about 9 miles from the center of the Strip, which suits me just fine. I only go down to the Strip if I have out-of-town visitors or if I'm working. I'm a secret shopper, remember?

Not that I've spent a ton of time posting lately, but I'll be gone until Monday, July 21st for the most part.

I'll be sure to tell Chuck Norris you all said hello.

Funniest Thing Said To Me Today

Sorry. I thought you were still in the cheese!

Labels: I made my cheese selection quickly.

Labels: It's not completely useless.

Ana and the buffet

Lunch on Saturday was at Buffet at Asia. It's just that...a large buffet of Asian food. 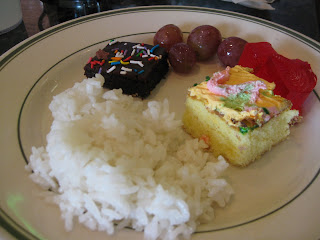 This was Ana's lunch. White rice and dessert.

Ana's fortune from her cookie read:
You have a flair for adding a
fanciful dimension to any story.

Do you know Ana personally? If you do, then you know this fits her perfectly!

Labels: It wasn't bad for 8 bucks

Spent a lovely afternoon and evening with our dear friends, Joe & Janis, at their home. 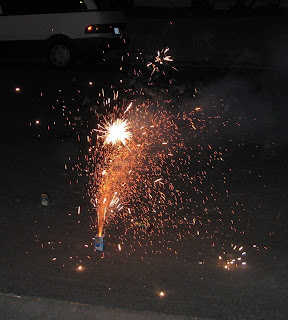 Swam in the pool.
Ate grilled food.
Blew up a few fireworks.
Fretted over the dogs, who were scared half out of their minds.
Enjoyed a lovely, orange sunset. 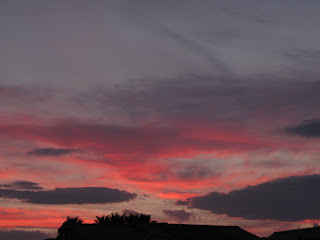 And both kids lit fireworks. 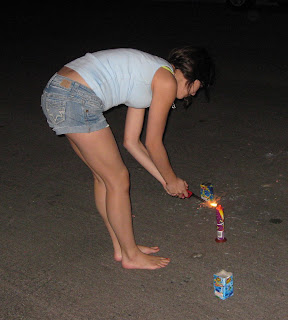 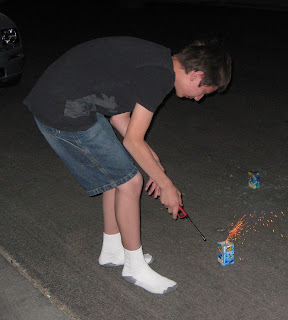 This one might be too old for sparklers. She looks thrilled! 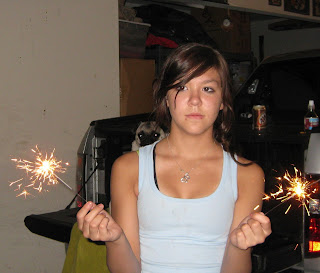