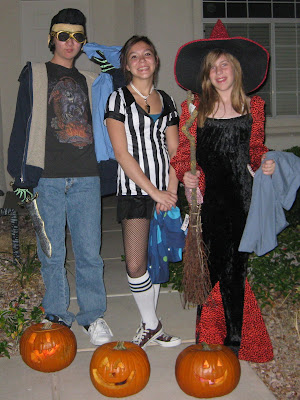 This is what passes for fun around our house. My neice, D is visiting from Phoenix today. 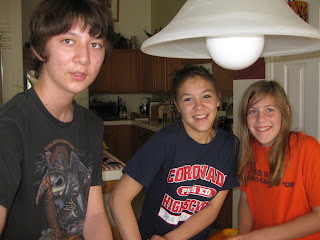 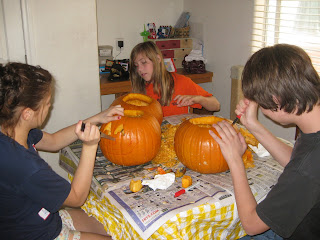 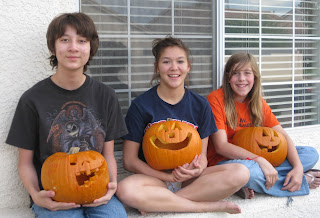 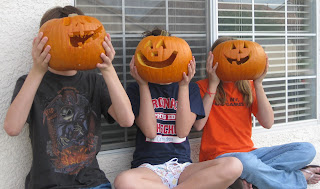 She passed! We knew she would. She and Kobie both did a great job! 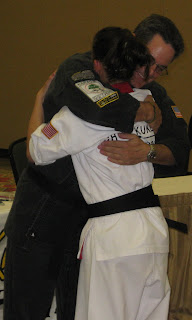 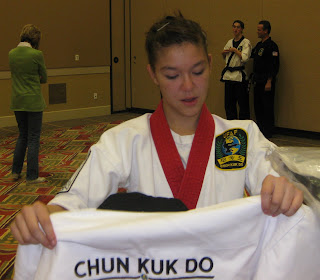 She was presented with her new uniform after the test. 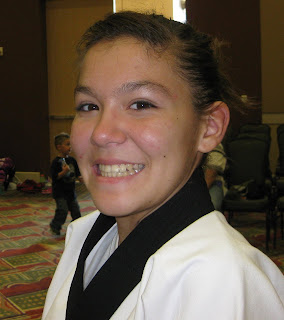 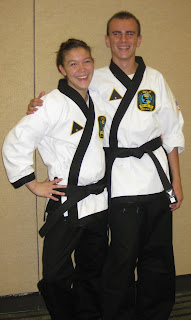 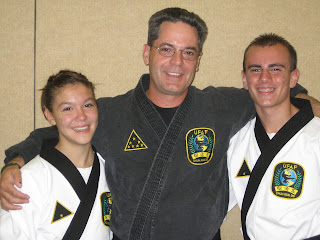 With their instructor who was about to bust he was so proud.

Labels: Two blackbelts in the family

I like all the videos that are posted in other people's blogs, many of which have me rolling with laughter and others that make me say, "Aww, I remember that!"

So thanks to everyone who posts videos and I'll get over the music players. I just turn off my speakers.

Labels: I'm not all fire and brimstone

I'm not really sure, but this is what I found on sale at the grocery store this week.

Not much going on in the vegetable crisper except 1/2 a bag of salad, a cucumber and a tomato.
Plenty of rice and couscous on hand.
The freezer yielded some green peas, frozen broccoli and a Crockpot Dinner I bought a long time ago.

It looks like I'll be going back for fresh produce (which is fine, really, because I'm also out of Chardonnay!)

Friday Ana and I are headed to Utah for her black belt test so the boys will YOYO* all weekend.


*You're on your own

Labels: It's sort of a plan

I hate those music players people put on their sidebars. Being the multi-tasker that I am, I open blogs in multiple windows. I can't listen to videos that are posted until I track down the music and silence it!!

Stolen from Life in Oregon.

used to be another man's community service work...until this happened.

The debris doesn't change that much from day to day. I did notice several items have been removed from the roadside.

I didn't bother to list all of the "everyday" trash that is out there, and there is plenty of it.

Beats the heck out of me!! Nobody eats it anyway so they can just eat all the leftovers this week.

Think of the money I'll save on groceries.

On the Road Again

Labels: Just another chance to show off Mr. Phelps