Harry Potter and the Pirate? 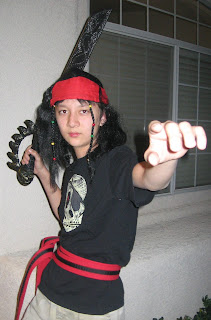 Last night Sam attended a Harry Potter Halloween party with friends at a local library. There were many games to play - including "Find George's Ear" - and he came home with several "quills" which were actually Bic pens with brightly colored feathers attached. Sam was dressed as a pirate (sort of). You all remember the pirate in the Harry Potter series, don't you? 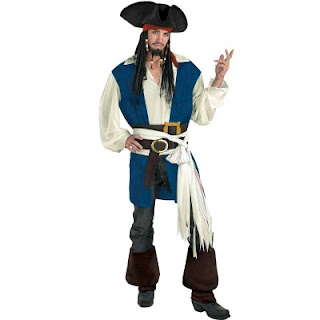 It turns out the toughest part of Halloween for me is that my children are both adult sized. For Sam (who is only 10!) that means he has to shop the adult section rather than the kids section. Costumes for adults are much more elaborate and therefore, much more expensive. I hate to disappoint him, but I'm not paying $60 for a Jack Sparrow pirate coat that will be worn ONCE. It didn't even come with pants, boots, headwear or a sword. All of that would have been more money.

As for Ana...Have you seen the movie Mean Girls? The girls in the movie say that Halloween is the one night of the year you can dress like a sleaze and no one cares. Well the costume manufacturers have taken this to heart. One sleazy costume after another. Cut so low if she HAD a chest it would fall out and cut so high she had better not drop any candy! 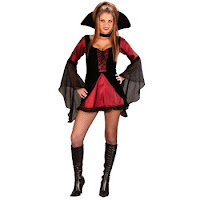 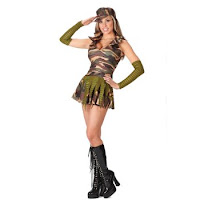 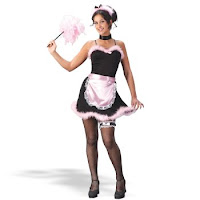 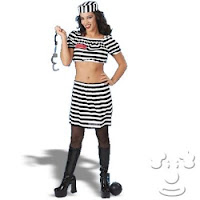 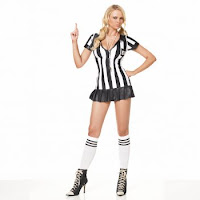 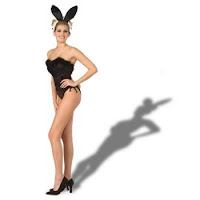 Now I know why Santa is so Jolly.
He knows where all the naughty girls are! 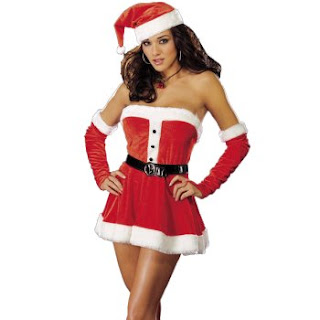 apparently Santa's knows who's been bad or good